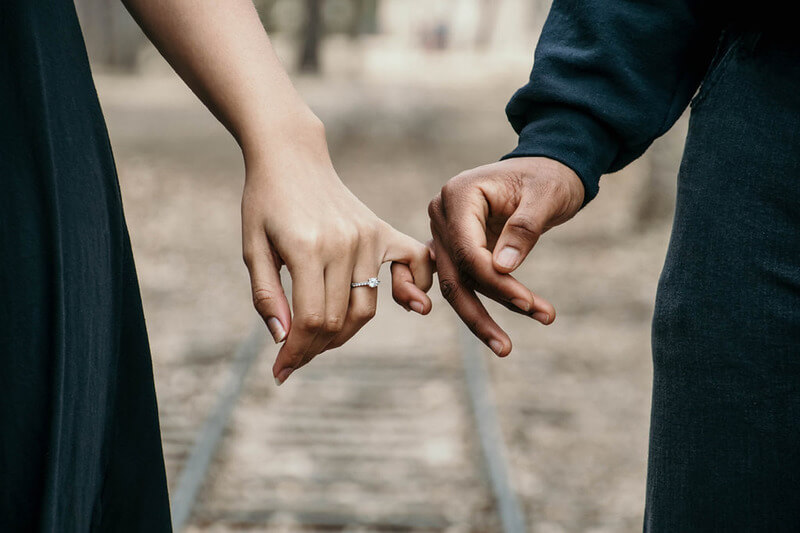 If you like it should you really “put a ring on it”?

At the beginning of December 2018 it was reported in the news how a Mother wanted to ban engagement rings.  The rationale behind such a call was that she viewed the gift of an engagement ring as a contradiction to “the idea of an independent woman”.  Matilde Suescun writing for BBC 100 Women claimed that an engagement ring signified that the woman with the ring “belongs” to her future husband.  But, if the marriage never occurred in the first place or ended in divorce, who would that same engagement ring belong to?

For some people, the dream of a fairytale wedding never becomes a reality.  The relationship ends before they have ever made it down the aisle.

Even for those who do get married, if the relationship fails and there is a divorce, arguments can then ensue over who will keep what and this often includes the engagement ring, particularly if such a ring was bought for considerable cost.

“But I bought the ring, so surely it must be mine?”

You might assume that whoever bought and paid for the engagement ring is its rightful legal owner.  Unfortunately, this wouldn’t necessarily be the case.

Alternatively, it could be assumed that by being a “gift” the ownership of the engagement ring legally passed to the recipient of the ring upon the gift being made.  This would also be a fair assumption to make but unfortunately matters are not quite so straightforward.

The law relating to such matters has been established and in place now for many years.  The relevant legislation is the Law Reform (Miscellaneous Provisions) Act 1970.

Matters go further though in that the same legislation provides that “this presumption may be rebutted by proving that the ring was given on the condition, express or implied, that it should be returned if the marriage did not take place for any reason”.

Basically, although this may seem unfair, this means that unless there was an agreement to return the engagement ring if the wedding did not occur, then the recipient of the ring is under no obligation to give the ring back.

If however there has been a condition (either expressly stated or implied by behaviours) placed on the engagement ring in that it would be returned if the engagement was broken off, then the recipient would have to give the ring back in such circumstances.

The express condition: “Marry me but if the wedding never happens, give me the ring back”

It is perhaps unrealistic to think that anyone proposing marriage would include in their proposal the prerequisite that if the marriage never occurred the engagement ring is handed back.  This would not be exactly the best footing on which to start a long-term marriage!

Having said that, increasingly nowadays, couples contemplating marriage are entering into pre-nuptial agreements and, if the parties felt so strongly about such matters, what would happen to the engagement ring could be included in such an agreement as a specific term.

The implied condition: The family heirloom

If the engagement ring is a family heirloom and the recipient knew this – the implication being that it had passed down the family for generations – it is easier to succeed in an argument that the ring should be returned if the wedding is called off.

“Is the situation any different on divorce?”

No, the same general rule applies in that the engagement ring is still an absolute gift (and therefore not returnable) unless there was a condition made about the ring being returned when it was given.

In the absence of a pre-nuptial agreement or similar documentation it is possible to ask the court to adjudicate on the financial aspects of a marriage, including what should happen to the engagement ring, if agreement cannot be reached.   As always, involving the court should be a measure of last resort not least given that if the dispute is solely about the engagement ring, the costs involved in going down the court route may outweigh the value of the ring that is in dispute.